See if I Qualify
Post Traumatic Stress Disorder, or PTSD, is a psychiatric disorder that can occur after experiencing a traumatic event, such as a natural disaster, a serious accident, or assault.

Veterans are especially likely to experience PTSD, but it can affect anyone, even children. PTSD symptoms, including insomnia, flashbacks, and nightmares, can be treated with a combination of psychotherapy and medications, but a number of studies have shown that cannabis may be able to relieve many PTSD symptoms without the side effects of pharmaceuticals.

PTSD is usually triggered by traumatic, life-altering events, but it can also be caused by repeated exposure to horrifying circumstances, such as those experienced by first responders, veterans, or medical professionals. Children can develop PTSD as a result of abuse or neglect, and some people develop PTSD after the death of a loved one, or other significant loss.

Feeling distress after these kinds of events is normal, and for many people, those feelings fade in a relatively short period of time. But for those with PTSD, the symptoms triggered by traumatic events and situations can continue indefinitely, with severe effects on their quality of life.

Research suggests that PTSD may be caused by a flood of “arousal” chemicals in the brain, such as cortisol and norepinephrine, which alter signaling pathways in the brain. PTSD may even cause long-term changes in the structure and volume of brain areas, including the amygdala and hippocampus.

People with PTSD can experience a wide range of symptoms. Flashbacks to the traumatic event, nightmares, and insomnia are common. Other symptoms can include hypervigilance – a feeling of always being on high alert, along with anxiety, and sensitivity to certain sounds or smells that trigger memories of trauma. Many PTSD patients also experience emotional numbness, depression, or extreme irritability and anger. PTSD can take a toll on relationships, work, and other areas of life, and contributes to substance abuse, other mental health issues, and suicide.

Many people with PTSD never seek treatment. For those who do, a variety of “talk” therapies, including cognitive behavioral therapy, desensitization, and group sessions can help. Antidepressants, anti-anxiety medications, and sleep aids can also help to manage symptoms. But recent research on the effects of cannabis on the brain suggests that cannabis compounds could be as effective as medications for many of the severe symptoms of PTSD, like insomnia, anxiety, and depression.

How Can Cannabis Relieve PTSD Symptoms?

The compounds in the cannabis sativa plant are very similar to natural cannabinoids produced within the body. So similar, in fact, that they can activate receptors in the endocannabinoid system, a network of cells that helps to regulate many of the body’s subsystems, such as the central nervous system and digestive system. Cannabis compounds, like cannabidiol, or CBD, can act on receptors in the brain to reduce anxiety, promote sleep, and boost mood. CBD can also support the body’s production of its own cannabinoids, which can calm activity in the central nervous system and reduce PTSD symptoms, including flashbacks and overreaction to stimuli, like loud noises.

PTSD Patients Qualify for Medical Marijuana Use in Utah

PTSD is a qualifying condition for Medical Marijuana in Utah. To get your Medical Marijuana Card, you’ll need to meet with a medical provider who can certify your qualifying condition and enter your information into the state user database. You will need to bring documentation to your appointment from your care provider to verify your PTSD diagnosis and that you are currently undergoing treatment. For more information or a consultation, schedule an appointment with us today. 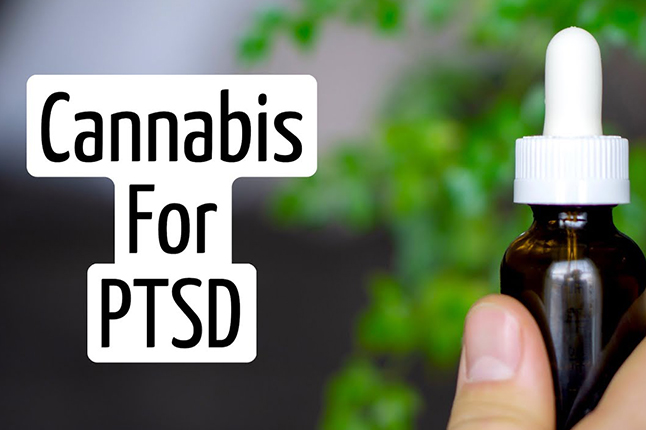 Medical Marijuana Use for PTSD