See if I Qualify
Human Immunodeficiency Virus, or HIV, is a virus that compromises the immune system and makes it less able to fight infection and disease. Left untreated, HIV leads to Acquired Immunodeficiency Syndrome, or AIDS – a potentially serious condition that can lead to death from opportunistic infections and disease. Today, HIV can be managed by a regimen of strong antiviral medications, but research reveals that cannabis can help with the side effects of these drugs, and with the symptoms of HIV/AIDS at all stages of the disease.

HIV is a retrovirus that infects and destroys human immune cells. It is transmitted in body fluids exchanged during sex, from sharing needles, or from exposure to infected blood. In some instances, HIV can be transmitted from mother to child at birth. When a person is first infected with HIV, the virus causes flu-like symptoms, such as fever, chills, sore throat, and swollen lymph glands. Other symptoms, like as a rash or night sweats can also appear.

After the initial infection, people with HIV/AIDS can be asymptomatic for long periods of time, when they have the potential to infect others. But, if HIV isn’t treated, it progresses to AIDS, a condition in which the immune system becomes progressively weaker and less able to defend against infection and diseases of all kinds, including cancer. Symptoms of AIDS include night sweats, skin problems, neuropathy, and candidiasis – a yeast infection that can cause thrush, or white patches in the mouth and throat. One of the most serious effects of AIDS is extreme weight loss, a condition often called “AIDS wasting.”

With earlier diagnosis and new drugs to fight the virus, HIV has largely become a chronic disorder that can be managed with medication and lifestyle changes, allowing people with the virus to live a relatively normal life.The medications currently used to treat HIV/AIDS include multi-drug regimens of powerful antiviral drugs, likeas Retrovir and Ziagen. Although these drugs can allow people with HIV to live normal lives, they often have severe side effects. But cannabis can help relieve those side effects as well as many of the symptoms of HIV/AIDS itself.

How Does Cannabis Help HIV/AIDS Patients?

Cannabis may be uniquely able to relieve many of the symptoms and side effects of HIV and its treatments. Cannabis works with the body’s own endocannabinoid system, which helps to support many essential subsystems that regulate processes, including immune functioning, appetite, pain control, and mood. Recent research reveals that cannabis can boost the appetite, which can help to combat the extreme weight loss that accompanies AIDS. In the same way, cannabis may be able to relieve the nausea and digestive distress caused by some antiviral drugs.

Cannabis can relieve pain and protect nerves from the painful neuropathy that occurs with AIDS. Because cannabis compounds, particularly cannabidiol, or CBD, can boost the production of feel-good brain chemicals, like serotonin and dopamine, cannabis can help to relieve the anxiety and depression that often strikes people suffering with HIV/AIDS. There’s still no cure for HIV/AIDS, but cannabis may make it easier to live with this chronic condition.

Chronic Pain Patients Qualify For Medical Marijuana Use in Utah 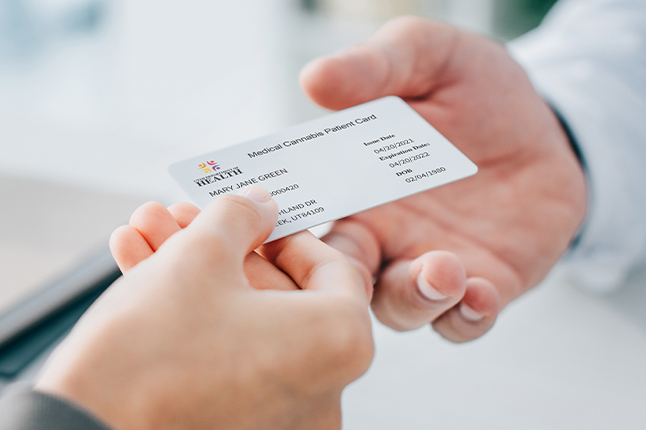 How to Get a Utah Medical Marijuana Card