On this episode of the podcast, we get to chat with Stormy Simon, former President of Overstock.com and former CEO of High Times Magazine. Stormy is also running for election to the Utah House of Representatives to represent District 21.

Stormy Simon is the former president of Overstock.com and the former CEO of High Times. She is currently back in Utah, which has always been her home, to run for the Utah House of Representatives to represent District 21. She checked out different states but wanted to be part of the new emerging cannabis industry in Utah.

She believes in cannabis as a medicine and finds it iniquitous that people do not have access to it when they need it. She wants to be involved in the democratization and development of the massive beneficial potential of the Medical Cannabis industry, starting with its de-stigmatization.

Stormy comes from a marketing and management background. She started at Overstock in late 2001 as a temp, and was closely involved in building up the company from 100 workers to an amazing and very diverse workforce of 2000 employees.

Over the course of 12 years she became the president of Overstock, a position she held for three and a half years. During that time, she explored e-commerce long before it was even really a factor in the marketplace. By the time she left, Overstock’s business had grown from $18 million to almost $2 billion.

She left Overstock to become involved in the Medical Cannabis industry. She went to Denver, CO, which at the time was one of only two adult usage states for Medical Cannabis (the other being Washington). In Denver, she joined two medical dispensaries and a 90,000 square foot cannabis cultivation center. Here she learned a great deal about cannabis and the laws surrounding it.

In Denver, Stormy talked with many people and found out how effective cannabis was in treating a huge variety of diseases including irritable bowel syndrome and Crohn’s disease. It was a truly eye-opening experience for her, and she became convinced about the imperative need for Medical Cannabis to be made freely available as it can be life-changing for patients. Cannabis had, in fact, been used as traditional medicine for thousands of years.

She was amazed at the prejudice, ignorance, and blinkered views and attitudes that still surround cannabis. To a large extent, this can be ascribed to a deliberate campaign years ago by people like Harry Anslinger, Rockefeller, and Hearst to suppress information about cannabis as a medicine. Stormy is enthusiastic about the exciting possibilities of further in-depth and scientific research being done into cannabis and hemp, as well as its correlation to the human endocannabinoid system.

How does Stormy view the financial side of the cannabis industry? [17:04]:

During her time in Denver, Stormy became aware of how unfairly taxation and banking worked in regards to the cannabis industry. Business owners were being forced into cumbersome and unsafe banking practices. She joined a group in San Diego that had a license with blockchain technology. They were successful in having a more equitable banking and payment system established at about 10 dispensaries across a few different states. She also joined the board of CannaKids, a groundbreaking company providing Medical Cannabis in California.

She had been on the board of High Times for several years before joining them as CEO when they really needed her managerial skills. By this time, Stormy had become an extreme advocate for cannabis as medicine, so she viewed joining High Times as an opportunity “to blow the horn and spread a word” about Medical Cannabis.

When she joined them as CEO, she made it clear that it would have to be a short-term appointment as she would most likely be running for office in Utah. She was with them for only about six months, as COVID lengthened the time she spent there.

Stormy has always regarded Utah as her home. As a US citizen, she feels she has the right to make her voice heard. She is not a fan of the Utah state legislature overriding anybody’s vote. They do tend to go back on legislation and change and adjust, as happened with Medicaid expansion, cannabis, and the food tax.

She also feels that there is a great need for more women in the Utah legislature – out of more than 100 representatives, only 26 are women. She feels that greater diversity in the legislature will contribute very much to the collective good.

What are Stormy’s thoughts on the compromise that was enacted in the Utah Cannabis Bill? [27:32]:

Stormy is happy that Utah has cannabis as a medicine. She understands that this is a significant step in the right direction towards making Medical Cannabis available to everybody who needs it.

Regarding the huge effort and expense that went into drafting the legislation and having Utah vote on it, simply to have that vote disregarded and a compromise bill enacted, she sees this as deeply reprehensible. Having people vote on and accept one bill, and then enacting a compromise bill, was not only untruthful, but it was also insulting to the people of Utah. Utahns are smart enough to make decisions and smart enough to understand what it means when they vote, “Yes”. Their vote should be respected.

How has Stormy found the experience of setting out on a political career? [33:42]:

Stormy points out that the vote has not been decided yet, and that she is running as a Democrat in a strongly Republican state. She has been outspoken about her views that she feels strongly about. Mostly she believes in connecting people, and that everyone’s vote is important and meaningful. Everybody should work towards and cooperate for the good of their state.

All her experience tells her that this cooperation towards the collective good is crucial. Setting off on her current journey is the hardest thing she’s ever done. She’s been attacked and criticized and called names because she put a D next to her name. This has surprised her and makes her sad, not only for Utah, but for America as well because she feels so strongly that people need to get along.

Stormy confirms that VoteStormySimon.com is the website for her campaign. It outlines some of her issues like allowing more nuclear waste to be dumped in Utah, water issues, and inland port issues. She stresses that it’s important that citizens get involved. She also has another website, StormySimon.com that includes her podcast, Lunch with Stormy, where she speaks with many diverse people from various fields.

Although Medical Cannabis is not Stormy’s platform, how would she sum up her feelings about it? [38:23]:

Cannabis is medicine and it’s important that people talk about it because it breaks down the stigma. Studies in Israel have highlighted its many benefits. The more people talk about Medical Cannabis, the less people will be scared of it, and be open to its many life-changing medical benefits.

Who are some of the people that have been featured on Stormy’s podcasts, and what’s her message to listeners? [40:40]:

The people who will be featured or have already been featured on her podcasts include Tommy Chong, Sarah Riggs Amico, Lennox Samuels, Dee Dee Sorvino, and Emily White, amongst others.

She just wants to urge people to be kind. She feels there’s room for all of us here. She believes we need to show more love and understanding and not so much hate just because of who we vote for. Stormy wants people to have more peace, love, and happiness in their lives.

Connect with Chris and Tim:

Tim can be reached here at utahmarijuana.org where they just launched a new chat feature and they have people standing by during the day to answers questions.

Chris can be found on his I Am Salt Lake Podcast website where you can hear about local foodie people and the impact of COVID on local eateries.

When I worked as a pain and addiction medicine specialist provider here in Utah, way before Medical ... 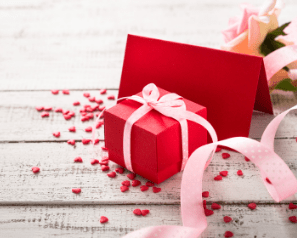 10 Ways to Love Yourself This Valentine’s Day

Whether you’re in a romantic relationship or not, Valentine’s Day can come with a lot of emotions and stress. Here are some of our favorite ways to relax and practice self care.