Medical Cannabis and Telemedicine: What You Need to Know

A lot of things have changed since California became the first state to approve Medical Marijuana. Many of the changes we have seen in the last few years have been related to technology. Today, patients apply for their Medical Cannabis Cards online. The state maintains its records through an electronic system. And then there’s telemedicine.

Telemedicine now plays a role in what we do. There is still plenty of room to expand telemedicine in the Medical Cannabis field, but even the options we currently have are a step above what was available to patients and their medical providers a decade ago.

So, what is telemedicine’s role in Medical Marijuana? It is similar to the role telemedicine plays in standard primary care. Telemedicine is yet another avenue patients can utilize to meet with their qualified medical providers (QMPs).

Getting That First Card

Every Medical Cannabis patient in Utah needs to have a valid Medical Cannabis Card before going into a dispensary to buy product. Patients can only obtain that first card after visiting with a QMP. Unfortunately, state law doesn’t allow that initial meeting to be held via telemedicine. QMPs and patients have to meet face-to-face that first time.

The initial meeting is no big deal. It takes about 30 minutes or so. QMPs and patients talk about the patient’s condition, medical history, and any other issues that might pertain to whether or not Medical Marijuana is appropriate. The point of the face-to-face meeting is to help the QMP better understand where the patient is coming from.

A patient’s first card is valid for 90 days. In order to renew, a follow-up visit with the QMP is in order. That’s where telemedicine comes in.

See Your QMP with Telehealth

Utah Code 26-61a-201 allows QMPs and patients to meet via telemedicine at renewal time. So instead of going to your QMPs office, you make an appointment to visit with them online. You have a nice video chat and that’s it. Your QMP files the electronic forms for your renewal; you do the same.

We think this is a really wonderful thing for both QMPs and patients. We understand the need for the face-to-face meeting the first time around. But after that, telemedicine accomplishes the same thing in a way that is a lot more convenient for everyone.

You know that many parts of our state are quite rural. Some patients have to drive an hour or more to visit a QMP or Medical Cannabis pharmacy. At least telemedicine gives them the opportunity to renew their cards without having to put in the miles.

Renewals Are for Six Months

Telemedicine becomes even more important to card renewal when you understand that renewals are valid only for six months. There are some exceptions to the rule, as QMPs are allowed to recommend a one-year renewal under certain circumstances. But even at that, patients have to be stable and using Medical Marijuana for at least a year before the longer renewal period can be approved.

That means you will have to get at least three renewals before you are even eligible for the one-year gig. Being able to visit with your QMP online for your 90-day and both six-month renewals is a tremendous help.

Telemedicine is improving healthcare delivery across the board. It is now part of the Medical Marijuana program in Utah. We are thrilled that our state lawmakers have recognized the value of telemedicine in streamlining the Medical Cannabis Card renewal process. And yes, Utah Marijuana offers telemedicine renewal visits via our Utah Therapeutic Health Center. You can check it out here. 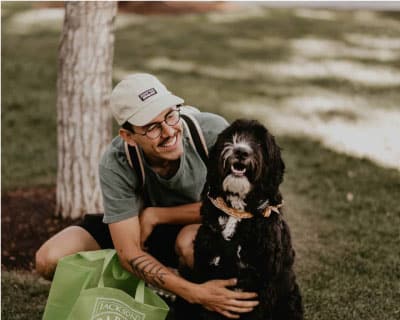 Many of our patients know firsthand how patient and kind Victor is, but if you don't quite yet, we'd love for you to meet him.