Been itching for more from Tim & Blake? We hear you loud and clear. Episode 2 of Discover Marijuana with Tim & Blake, brought to you by UtahMarijuana.org and Zion Medicinal, is live on our YouTube channel. We’re giving you three parts to make absolutely sure that we answer all of your questions about CBD and THC. You won’t want to miss out on learning all about cannabis compounds, what gets you high, the entourage effect, and so much more. 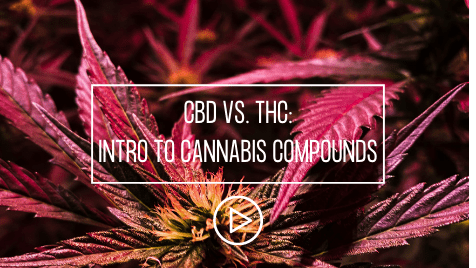 To start this episode of Discover Marijuana with Tim & Blake, Tim and Blake go into CBD, THC’s sister cannabinoid in the cannabis plant. CBD is often seen as the less intimidating option when medicating with cannabis, because the CBD risks and CBD side effects are less intense, so to speak, due to the lack of psychoactivity it causes. Tim Pickett, a QMP in Utah and the founder of UtahMarijuana.org, often recommends CBD for beginners in the program as a way to ease in to cannabis use. A product where CBD and THC are working together with other cannabinoids to maintain balance in the endocannabinoid system can be just the ticket for certain conditions.

Blake, Chief Scientific Officer of Zion Medicinal, a Utah cannabinoid company, has dedicated much of his life to marijuana research and discovering how marijuana works, and we’re beyond lucky to have him as a cohost to explain the science. In addition to teaching us all about CBD and CBD dosage, watch as Blake touches on the specific cannabinoids that cause some of the benefits of marijuana, as well as marijuana side effects. And don’t worry if it goes over your head a bit. Tim educates patients daily in his clinic, Utah Therapeutic Health Center, on how to use marijuana and what to expect when marijuana effects kick in, so he’ll explain everything from a patient/provider perspective.

CBD vs. THC: What Makes You Feel High? 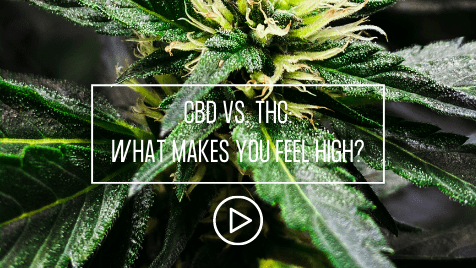 This time, Tim & Blake are touching on the specific cannabinoids in your dosage that cause psychoactivity and make you feel high. Feeling disoriented or high is one of the most well-known marijuana side effects (see if you can catch the moment Blake touches on which cannabinoids do make you feel high). Follow along as Blake Smith, Chief Scientific Officer of Zion Medicinal — a Utah CBD and cannabis company, dives deep into the science of how marijuana works and how CBD and THC work together with loads of other cannabinoids to create an Entourage Effect (the topic of episode 3, stay tuned!). As always, count on Tim in this video to let you know what this means for a cannabis user, whether you use it medicinally or recreationally. Wherever you fall on that spectrum, we’re sure you’ll learn something!

CBD vs. THC: The Entourage Effect & Me

Part 3 of this episode of Discover Marijuana drops very soon! Be sure to subscribe to the Discover Marijuana YouTube channel to catch it as soon as it drops. Because we’re all friends here, we’ll give you a bit of a sneak peek at what you can expect early, though. In part 3, now that you’ve been introduced to a few cannabinoids and know what they do, Tim & Blake are going to get into how they work together in your body’s endocannabinoid system. You can call the effect that you feel when multiple cannabinoids work together the entourage effect. The addition or 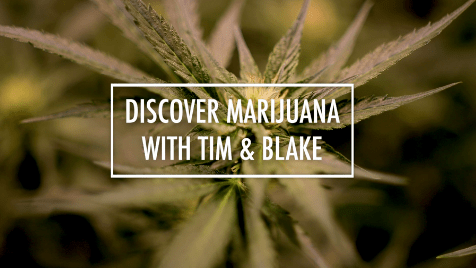 subtraction of cannabis compounds in a product could make all the difference when you’re looking for that “just right” dose and medical benefit. By the time this video ends, you’ll be well-versed in not only CBD and THC, but hopefully, lots of other nifty little cannabinoids as well.

Catch Up with Tim & Blake

Feeling like a canna-wiz, yet? If not, don’t worry. We’ve got so much more to share with you. Subscribe to the Discover Marijuana YouTube channel to catch the entire series and never miss an episode, and keep an eye out for a free webinar mid-December, where Tim & Blake will answer all your questions in real time. You can also catch up on past episodes and clips here, on YouTube, or on Zion Medicinal’s website. Comment below with a few topics you’d like to know more about, and you may just find your answer in one of our upcoming episodes. Thanks for watching!

Between Medical Cannabis Recommendation and Actually Using Cannabis in Utah

In the final episode of 2020, Chris and Tim review the year. Listen as they discuss their favorite Utah in the Weeds episodes, and what plans they have for 2021!