Proposition 2 appeared on the ballot for Utah’s general election in November 2018. Before that, the only option for medical use of any cannabis product had been the use of low-THC CBD oil for severe epilepsy, with a doctor’s recommendation, but patients could not legally get the oil in the state. In 2018, the state legislature passed a “right to try” bill that allowed terminally ill patients to use Medical Marijuana when other options had failed. Prior to Proposition 2, Utah law limited production and processing of cannabis only to state facilities, which could then make it available only to those patients with less than six months to live, or to a research institution.

In 2018, medical and recreational marijuana both remained illegal under federal law. But as a growing number of states began enacting provisions to make marijuana available for medical use (and in some cases, even for recreational use) under certain circumstances, a number of groups including the Utah Patients Coalition, worked to place a measure, called Proposition 2, on the ballot. This provision would expand the availability of Medical Cannabis to patients with certain, specified illnesses and authorize independent facilities licensed and regulated by the state to produce and sell it. Under Prop 2, the use of cannabis for medical purposes would be legally equivalent to the use of prescription opioid and opiate medications.

Proposition 2 faced stiff opposition from numerous groups including legislators, law enforcement organizations and churches, all of which claimed that the new bill would jeopardize the health and safety of the community, increase drug use and open the door to legalizing marijuana for recreational use.

After the Election: Prop 2 Redefined

Proposition 2 passed with 52.75 percent of the vote. But almost immediately Governor Gary Herbert called for a special legislative session to amend the measure, and on December 3, 2018, the legislature passed a new version, called House Bill 3001, the Utah Medical Cannabis Law.

This bill removed provisions providing for state-run dispensaries, and allowed the state to issue licenses for private dispensaries. SB 1002 also allowed qualified users to obtain electronic Medical Marijuana cards, and mandated that Medical Marijuana must be equivalent to the legal use of any other prescribed medication that is a controlled substance. Under all versions of this legislation, access to Medical Cannabis is limited to certain qualifying conditions—but in the final version of the bill, the list of qualifying conditions was shortened considerably from the one proposed in the original Proposition 2.

What Are Qualifying Conditions?

Under all versions of the law, patients can get access to cannabis for medical purposes only if a physician certifies that they have a qualifying condition—and certification is at the doctor’s discretion. Now, the list of qualifying conditions under the current Utah Medical Cannabis Act includes:

The original Proposition 2 also included some autoimmune disorders such as psoriasis and arthritis, as well as chronic anxiety, glaucoma and sleep disorders. Although the current Utah Medical Cannabis Act no longer covers these conditions, the law allows patients with these or other non-qualifying conditions to petition the state’s Compassionate Use Board for a Medical Cannabis Card.

How to Get Your Medical Cannabis Card

To get a Medical Marijuana Card in Utah, you’ll need to consult a medical provider who will certify that you have a qualifying condition and enter your information in the state’s Medical Marijuana user database. Then, visit the Utah Health Department website to complete the application and pay the fee. Your card may take up to two weeks to arrive. For more information, schedule an appointment with us today.

Utah in the Weeds Episode 24 – COVID and Cannabis

On this week’s episode of the podcast, Chris shares his story of getting COVID-19. 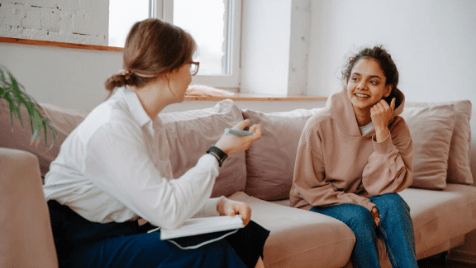 Published September 4, 2020 We have had legal Medical Marijuana in Utah for about six months no...

Doctors and Medical Marijuana Cards: What You Need to Know

Despite Medical Marijuana being legal in Utah for some time now, there is still much confusion surro...