Narith Panh is the son of Cambodian refugees who came to America. He’s also passionate about cannabis, and the Chief Strategy Officer at Dragonfly Pharmacy. Dragonfly has been a hot topic of discussion on Utah in the Weeds for weeks, so it only made sense to bring him on to chat about the current medical marijuana situation in Utah.

What does the community mean to Dragonfly Wellness? [03:56]

The short answer: everything. Narith, and many members of his team, are immigrants who are first-generation Americans. The Utah community welcomed their family with open arms, and now they want to give back.

Narith recalls patients who cried tears of joy after getting their medical cannabis and witnessing for themselves just how impactful and beneficial it can be for them. That, he says, is what it’s all about.

What experience does Narith have with marijuana outside of his work with Dragonfly Wellness? [06:55]

Since his girlfriend’s family lives in California, he often finds himself traveling back and forth. As such, he has experience in the recreational market in California, which has given him an insight to the pros and cons of their system. He uses this knowledge to provide the best possible service for patients from Dragonfly and, indeed, from the Utah medical marijuana system as well.

What are Narith’s favorite ideas for the Utah marijuana system? [07:40]

Narith is passionate about cannabis. He wants to expand on some of the things that can make Utah the best medical marijuana state in the country. One of the things he cites as a huge fundamental advantage of the Utah system is the ability for producers to bring CBD into the cannabis ecosystem – essentially allowing products that are a mixture of CBD and THC. These two compounds are synergistic and work together to maximize the user’s experience.

However, in many states, producers are forbidden to mix the two chemicals. But not in Utah. This brings down the end user’s cost significantly, since the license for producing CBD costs $2,000 per year, whereas the license for producing THC is $100,000 per year. Being able to couple CBD products with THC brings costs down significantly across the board, which means a smaller financial burden on patients.

Another key concept that Narith is interested in is the seed-to-sale tracking method the state is mandating for all sellers of marijuana. This system requires that each marijuana plant is tagged when it reaches 8 inches tall. Then, once it’s processed into flower, it’s tagged again. Then again as an oil, and so on until it is sold as a finished product (for example, a THC cartridge).

The reason this is so important can be highlighted with the problem in 2019 with black-market THC cartridges causing severe illness in dozens of people. As it turns out, almost all of those bad vape cartridges were traced back to one source, but it took months of hard investigative work. With the seed-to-sale system in Utah, a bad cartridge could be traced back to its origin, production halted, and a recall issued in a matter of hours.

What kind of products can we expect from Dragonfly? [15:33]

First, let’s clear up one thing. Dragonfly Wellness is not a dispensary. In fact, Narith personally hates the word “budtender”, because it implies a more casual “slinging” of product, rather than a true medical consultation coupled with the sale of marijuana.

Dragonfly Wellness is a pharmacy. It specializes not only in selling marijuana products and devices, but also in medical advice, dosing, and patient care when it comes to cannabis.

Another couple of misconceptions to clear up:  First, getting marijuana flower will not be a problem. It’s the most popular form of marijuana by a considerable margin, and will be available. However, an open flame cannot be used to smoke the flower. Instead, it will have to be puffed through what’s called a dry herb vaporizer. Dragonfly offers a wide selection of dry herb vaporizers, from entry-level handheld puffers to state-of-the-art heavy-use systems like The Volcano.

The other misconception to be cleared: No, marijuana flower will not be sold in blister packs. State legislators were considering forcing producers to package flower in blister packs (similar to how you might find over-the-counter pills) with the safety of patients in mind, but they found it would have only been a burden on both patients and  businesses, with no added safety to users. So, thankfully, they scrapped it. Your flower will come how it’s supposed to: in jars.

As for the products that Dragonfly will be offering, expect to find a dazzling array of marijuana products. Everything from an already highly-recommended 25-to-1 tincture (that is, 25 mg CBD to 1 mg THC), to capsules, to edible gelatin cubes, to topicals, to the almighty flower, is available. They also have a wide selection of consumption devices so you can get the marijuana experience you need.

Dragonfly Wellness also has something you can’t get in a typical dispensary: a medical consultation. When you enter Dragonfly Wellness, you’ll have a meeting with a pharmacist, either out on the floor or in a private office. He or she will walk you through marijuana use and help you pick out the proper dosage and consumption method. The goal here is to get patients the most effective cannabis experience possible, without going overboard.

What problems does Narith see with the Utah system from the perspective of a pharmacy? [22:34]

Narith’s biggest issue, currently, is all of the confusion and misinformation. Dragonfly has to turn away dozens of people every day who come into the pharmacy thinking that a letter of recommendation from their doctor is enough. It’s not. In order to gain access to the pharmacy, you need a valid medical marijuana card, which you can only get through an evaluation by a licensed medical professional (such as Tim Pickett).

It’s no one’s fault that this misinformation was spread. After all, this entire medical marijuana system was built from nothing in, really, under a year. In governmental terms, that’s lightspeed. It’s expected that there will be a few hiccups. Thankfully, Dragonfly is doing all they can in order to accommodate as many people as possible. In fact, they’re risking it all for their patients.

Last week, Tim touched on the fact that Dragonfly was taking on a huge risk by opening so early in the rollout. Narith explains that there is a very direct reason for that. It wasn’t them jumping the gun. On the contrary, they understood the risks and knew that the first few weeks would be rocky. But they could not, he says, delay the care their patients so desperately need in order to protect their own financial interests.

Is it tough right now? Definitely. Narith makes it clear, however, that seeing the tears of joy roll down the first-ever Utah medical marijuana customer’s face makes it all worth it. That’s what Dragonfly Wellness is all about.

What are Narith’s suggestions for people who want to get medical marijuana in Utah? [29:42]

House Bill 425 made it possible for Dragonfly Wellness to take letters of recommendation for cannabis use from doctors in lieu of a medical cannabis card while the card system suffers from logjam. At the time of this podcast, HB425 had not yet been passed.

At the time of this podcast’s recording, Narith says that patients should not wait until House Bill 425 clears. This is because, even if it passes with no problems, it will still take some time for the change to be implemented. That seed-to-sale tracking system that was mandated by the government does not yet have the ability to process, verify, and approve letters of recommendation. Software changes will have to be made, which will take time.

So, Narith says, patients should continue to go through the current medical card system with a doctor’s evaluation. That would ultimately be the fastest way to get their cannabis.

Narith also makes a point to note that Dragonfly Wellness is not trying to rock the boat. As the first cannabis pharmacy opened in Utah, it’s all eyes on them. They will be strictly adhering to every law that applies.

For example, Dragonfly is not allowed to make suggestions about which doctors to use. Dragonfly is also not allowed to sell merchandise or advertise on the radio. In fact, Narith would not have been allowed to appear on a video version of this podcast, because he was wearing his Dragonfly Wellness uniform. Doing so would, under state law, constitute an advertisement.

Dragonfly won’t toe the line on any of these rules. They’re the only cannabis pharmacy in the state, so they’re not going to risk forsaking their patients by getting shut down.

How do I get in touch with Narith, Dragonfly Wellness, or the podcast in general? [46:15]

How to get in touch with Narith and Dragonfly Wellness:

Go to DragonflyUT.com and subscribe to the newsletter for the fastest information

How to get in touch with the podcast:

Email the show directly at UtahInTheWeeds@gmail.com 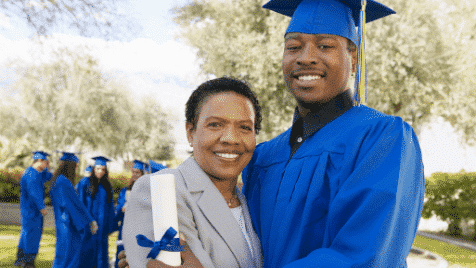 Read through some of the most inspiring nominations from our Mothers Day giveaway with WholesomeCo and meet a few incredible moms.

In this episode, we welcome Medical Cannabis patient and photographer Randyl Nielson. We discuss how Medical Cannabis can help mental health patients, including those with PSTD and bipolar disorder.