Utah in the Weeds Episode #34 – Shawn Hammond from Zion Cultivars

Recorded live at Zion Cultivars’ cultivation facility in Payson, UT. We sat down with Shawn Hammond to find out about the flower they grow and what we can expect in the near future from Zion Cultivars.

Shawn explains why Zion Cultivars’ facility is located in Payson, Utah, and describes the facility (or ‘spaceship’) [01:07]

One of their investors had an empty building in Payson that suited their requirements as it had been designed as a mint, so without windows. It is also located in an agricultural area, away from schools, churches, and public places. They got the building on January 31, 2020 as an empty shell with cement floors and open ceiling.

It is now a high-tech building (hence the spaceship) with lights and an HVAC system with environmental controls. It houses 288 plants per room. Their first harvest will be on December 23, which should produce about 50 pounds of flower. The plants grow amazingly fast, sometimes as much as two or three inches a day.

Visitors have to sign in as required by state regulations, and wear a Tyvek suit and sterile booties, as the facility is run like a clean room for pest and contaminant management. Visitors to the facility are limited and the small staff must wear scrubs, hairnets, and gloves. For this reason, they will not open to the public for tours, either. Their business is purely for growing quality medicine.

Shawn mentions the brands they grow and the harvest process [06:46]

They grow two brands— Zion Cultivars, which is a genetic library they’re building from scratch which takes a long time, and a brand named Sugar House Selects which have really special genetics. Their current crop of Sugar House Selects, which is available at Beehive Farmacy, was still grown in their previous facility, Tent City, in Murray.

After harvesting, the flower goes to their dry room for a slow dry over two weeks, then is binned up and allowed to cure. They have to wait for state testing at this point, which happens when the crop has about a 12% moisture content. After the test results have been received, the crop can be moved to their processing facility to get hand-trimmed and packaged because it is a craft product.

After being tested again to ensure that the final product is satisfactory, it can be shipped out to the dispensaries. As there are only two testing facilities in Utah, this process is often slowed down considerably.

Shawn’s director of cultivation and his facility director have been growing and selecting cultivars out in California for years. In choosing brands for cultivation, they look for phenotypes that are ultra-special, that check all the boxes regarding flavor, potency, and the ability to translate smell to taste.

Sugar House Selects are their own genetic cultivars of special strains that are selected by their Director of Cultivation (except for Fatso, which was a gifted strain). The five flavors they recently delivered to Beehive are Ice Cream Cake, SinMints, Push Pop Cake, Cherry AK and Fatso.

They also have 23 additional flavors of seeds from Umami Seed Co, who are excellent breeders. Zion Cultivars will germinate and do pheno hunts during a testing phase for the exclusive Zion/Umami collab that they hope to begin production on in 2021. They have already developed a unique Sherbinski collab with Umami in the past.

Shawn explains how the process of testing and phenotyping works [17:42]

There are different aspects to cultivation. One of the most important aspects is breeding, and the breeding of new flavors specifically. Fatso, for instance, is a cross of two popular cannabis strains, Legend OG and GMO, done by the breeder Cannarado, which created the new strain.

A pheno hunt will involve germinating seeds and then looking for the plants with the best terpene characteristics for potency, smell and flavor. The terpenes levels also influence both the physical and mental effects of the cannabis strain, rather like essential oils, while also increasing its medicinal effect. Their Sugar House Selects are loaded with aroma and flavor. They do not necessarily want high THC numbers, but they do want terpene-rich strains.

Once they find a good genetic line with high terpenes, they preserve it. They create a mother plant and clone it to keep that genetic line alive. This selection process is crucial to ensure that a strain has flavor, potency, morphology, yield and also ‘jar appeal’ – it has to look right.

This touches on adult use, which is okay, because shouldn’t patients have the best medicine available, and the best cannabis strains and delivery methods for whatever their purpose is? For this reason, dosing is so important for new patients, as it helps to educate them about finding the most effective utilization of their cannabis medication. They should be encouraged to experiment until they find the perfect strain for them.

Utah does not currently test for terpenes. However, Shawn thinks that this is very important, so they have third-party terpene tests done to put the information on their website. Knowing the terpene levels and other components in the different strains is often critical to patients, as it will enable them to choose strains and products that best fit their medicinal needs.

Shawn discusses different products they plan to branch into [28:39]

High-end concentrates, like a live rosin, are made without solvents and are mechanically processed. So as soon as a plant is harvested, it is flash-frozen, and then washed in an ice-water bath to mechanically remove all the trichomes.

These are caught in very fine mesh bags that go through a refining process. In effect, they are ‘squished’ under high pressure and a low heat, leaving you with purely terpenes and cannabinoids, with no solvents at all. They have good flavor, work quickly, and are convenient to use in vaporizers, like a Puffco, for instance.

Distillates are made by taking the plant through an extraction and distillation process where you’re actually removing and separating pretty much everything except the THC. Most cartridges on the market are distillate cartridges with a high-end distillate that has had terpenes re-introduced for flavoring. These are often not actual cannabis plant terpenes, but botanical terpenes that have been formulated to synthesize a particular flavor. So it’s not the same as keeping the plant intact.

Zion Cultivars is also setting up a hash lab in Murray to regularly produce the high-end concentrates that the market is looking for. Harvesting is an ongoing, two-weekly thing, so starting in January, they’ll have either Zion flower or Sugar House Selects flower released every week.

Shawn talks about their other production facility [34:38]

They also have a 90,000 square feet greenhouse facility north of Payson where they have just finalized a harvest that was mostly designed to create distillate, due to the huge shortage in the market right now. This facility is where they will replant.

In their two locations, combined, they have just under 90,000 plants. They also have approval for the expansion of their current ‘spaceship’ facility to about four to five times its current size.

They’re most excited about their Umami collection, building their genetic library, and getting a lot of different flavors to various dispensaries. They want to make their excellent quality product available to patients. They would like to reduce costs, but will not be able to recoup the millions of dollars they spent establishing their facilities anytime soon.

Testing is very expensive, as is the cost of being compliant. So cost-wise they are going to set both a craft line and a mid-base line that is more affordable. They will also not only sell in eighths, but quarters and half-ounces, to provide a better customer value.

They really intend to put a dent in the production gap next year. Shawn points out that cannabis is a challenging plant to grow. So while he would not object to home-growing, people will not be yielding the same quality.

Along with Chris and Tim, Shawn expresses concern about proposed changes to the Utah Medical Cannabis Act [45:35]

It has been reported in the media that it is being proposed to allow all doctors across the state, whether they’re a QNP or not, to write 15 recommendations for medical cannabis for patients. It is also proposed that all names on the Electronic Verification System (EVS) be put into the controlled substances database, which more people have access to. This is worrying, as they fear it could lead to discrimination and infringe on people’s privacy.

The bill is being sponsored by Congressman Ray Ward from Bountiful. All three of these guys feel strongly that residents should contact the Congressman to express their concern about the proposed changes. This is the time of year that the bills get written, so it’s a good time to make your voice heard. It is also suggested that Congressman Ward be invited to participate in the podcast, to provide a platform for talking about the issue as a whole.

There are many patients who desperately need the life-changing benefits of Medical Cannabis, so this issue should be urgently addressed at the highest levels by lawmakers, as these laws affect the quality of life of an abundance of patients. Patients’ caps should be raised and diagnoses expanded, such as including sleep issues, for example.

Shawn points out that in many instances, patients on Medical Cannabis reach a point where they completely dispense with traditional drugs, including mental health medication, which is a glaring issue for many these days. Improving the mental health of Utah residents is one of the most significant benefits of Medical Cannabis. A level of fear and stigma still stand in the way of utilizing this fantastic medicine properly, so open conversations are needed to help address these concerns.

Shawn has an Instagram account, @ZionPharmer. He documents transparency and wants his patients to see everything that’s going on, including how their medicine is made. His products are currently available at local dispensaries. They hope to be more widely available next year, when they can start releasing products on a weekly basis, and are even having conversations about creating a Cannabis Cup for growers and cultivation teams to compete for the best strain in Utah.

Tim is available at UtahMarijuana.org. Look for his billboards that will be going up soon!
Chris is at IamSaltLake.com, where he just won best podcast in Utah for the fourth time. 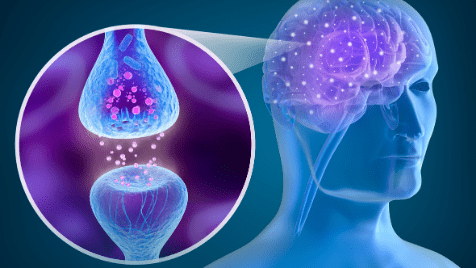 The Endocannabinoid System: It’s a Thing

Published September 18, 2020 Think back to science class. Specifically, think about all that yo...

This week, we sit down with Utah Department of Health's (UDOH) Katie Barber to discuss all things policy side of Medical Cannabis. Get to know what UDOH is thinking directly from the source!