Utah in the Weeds Episode #31 – Bijan Sakaki from Beehive Farmacy

In this episode of Utah in the Weeds, we are joined by Bijan Sakaki from Beehive Farmacy. Bijan shares his story and all about what introduced him to cannabis, as well as what we can expect at Beehive Farmacy.

What is the address of Bijan’s convenient newly opened Beehive Farmacy? [00:01:16]:

Beehive Farmacy is the newest Utah Medical Marijuana dispensary, which opened October 2020. The address is 1991 South 3600 West, Salt Lake City, 84104, bordering the edge of West Valley on the North side of the I-201. Directions can be found on their Google page.

There will be a 3-lane drive-thru for recurring customers and online ordering. There is plenty of parking because it is a converted old bank building. A 40-foot podium sign with green crosses will soon be a very visible beacon of their location.

Bijan explains why they changed the spelling to Farmacy in their name, and what their pharmacy wants to accomplish [00:05:58]:

Their whole motto is plants over pills, so ‘Farmacy’ indicates that everything’s coming from one of the 8 farms here in Utah. As they’re not allowed to advertise, people mostly find out about Beehive Farmacy through their QMP offices like Utah Therapeutic Health Center, social media, word-of-mouth, and referrals from other pharmacies.

Beehive Farmacy does not cultivate, so they rely on the mutually beneficial relationships they have with cultivators to provide the wide range of products Beehive sells. This benefits their patients by giving them options. At the time of this podcast recording, they’d only been open five days, but the feedback’s been good about the varieties they sell.

On weekdays, they’re open 11:00 AM to 8:00 PM. Saturday and Sunday, their hours are 12:00 PM to 6:00 PM. Patients have found their online ordering feature very convenient. People can find them on Instagram and Google. Remember that it is Beehive Farmacy, with an F.

First-time patients that need a consultation can schedule one directly either from Instagram, or from their website at https://beehivefarmacy.co with their patient registration link. They will also be opening a second location in December, right across the street from Walmart in Brigham City to cater to the more rural demographic there.

Bijan was diagnosed with ulcerative colitis when he was 12, but he didn’t find cannabis until he was 19 or 20. He comes from a very conservative immigrant family from Iran, so cannabis was taboo and had very negative connotations.

The cannabis tolerance in Utah at that time was also not nearly as positive as it is currently. Bijan remembers this as a very stressful time as he was very ill – it was even thought that he might have had T-cell leukemia. It was his brother who eventually introduced him to Medical Cannabis, which was extremely effective and relieved all his symptoms.

It was very difficult at that time to advocate for Medical Cannabis and source it, as it was still federally illegal. There was very little guidance on what to take, proper doses, and the effects of each; as Bijan discovered when he tried the very potent Rick Simpson oil. Bijan thinks we are extremely fortunate to now have access to products that have been properly tested and researched.

Bijan points out other factors that play a part in the provision of Medical Cannabis in Utah [00:19:55]:

He points out that medical cannabis goes beyond just pharmacies; supply chain is just as important (with cultivators and processors coming into the picture, as not many pharmacies grow their own product).

Bijan believes that in the next 6 months or a year, the process will become much more streamlined. Well-known products like these are currently only being produced in neighboring states, and will soon be produced in Utah as well.

Bijan believes that patients ultimately want products that they know and trust, which he will strive to make available at Beehive Farmacy.

Bijan speaks about some of his earlier exposures to the cannabis industry [00:23:07]:

Around 2010, after Denver, Colorado and Portland, Oregon went recreational, Bijan had a vape pen, called a Wellness pen, that he began selling for profit at music festivals.

This made him aware of the marketing possibilities in the cannabis industry, though he was still very inexperienced regarding manufacturing, quality control, and quality assurance. It also taught him a lot about what not to do in the future, which helped him to navigate the cannabis market better as he learned from past mistakes.

After that, Bijan had a dispensary in Stockton, California, during the Prop 215 phase where it was going from the medical market to the adult use market, with many shifts in testing and regulations. You had to be nimble because as the law changed, your whole business model was impacted.

In California, recreational use meant added taxes, which made operating more difficult. Bijan points out that people have to be aware of that in Utah for the future. Moving from medicinal use only to recreational use will mean that patients have to pay more for their Medical Cannabis.

Over the last several years, Bijan exited from California to focus on Utah. He also joined up with two partners, one of whom is Paul Henderson, the current president of High Times. His other partner, Steve Brewster, is a local entrepreneur and tax expert who owns Millcreek Coffee. They all three bring complementary skills to Beehive Farmacy.

Bijan discusses the uncertain implications around Code 280E for the cannabis industry. [00:29:03]:

280E is the IRS tax code where you can’t write anything off except the cost of goods sold for a ‘federally illegal’ business. It was designed to capture drug traffickers. Lawmakers did not anticipate having some trades legitimized, like Medical Cannabis. In short, 280E prevents cannabis-related businesses from qualifying for tax deductions, and can also affect their access to banking services.

If cannabis were to be decriminalized and 280E goes away, it would have many positive effects for the cannabis industry, but could also complicate matters. One of the unknown factors is: How would cannabis then be treated? Could it then, for instance, be sold at regular pharmacies?

Bijan believes that because many of the issues around Medical Cannabis are complicated, they will not be resolved for several years. It needs to be done right so that the medical use of cannabis is not delegitimized, making the very real benefits of medical marijuana, discredited.

After Bijan got sick at the age 12, with a gastrointestinal auto-immune disease, he discovered paintball after no longer being able to play soccer. He soon started getting better at this new sport, as he learned to overcome his fears. This gave him good life experience as well.

It also introduced him to travel, as he was going to California every weekend. Once he did well regionally, he was fortunate enough to get picked up by teams from Australia and Holland. About five times a year, he went to Amsterdam to play professional paintball matches. Ironically, he was going to the only legal place for using cannabis, but he still didn’t partake himself.

However, in Holland he saw cannabis legitimized, giving him a different perspective not just on cannabis, but also on life. Paintball has a special place in his heart, for ultimately it led him to cannabis and changed his life.

At one point, Bijan was paying $11,000 a month for the medication he was prescribed, and Remicade was not covered by insurance.

One of Bijan’s favorite products is the Omura, a portable handheld device that vapes pre-filled flower sticks. They will work with the Sugar House Selects team in this regard and will have some of their own house brands as well.

He also wants to bring another device to market called the Indose which is a controlled dose distillate cartridge pen that actually measures the amount of THC being inhaled through the vapor so the dosage can be precisely calculated.

Tim agrees this is a big step forward for patients to be able to understand and maintain precise, consistent and safe dosing, especially for new patients.

Bijan is also thrilled to bring in Sugar House Selects’ strains of flower not previously available in Utah. They will also have Cookies corners in all of their stores, with all these products being cultivated, processed, and sold here in Utah. They will be implementing home delivery in the next couple of weeks.

Bijan will also be selling Puffcos, though they have no concentrates yet, as well as Volcanoes.They will also have high-quality DaVinci vaporizers, as well as Studenglass gravity pipes with electric vaporizers attached. They will stock grinders, and batteries for regular cartridges.

Bijan emphasizes how important contact with the right people is in the cannabis industry [00:53:37]:

It is really important for any of these patients who are still letter holders to make sure that they get the legally required card, as the letters will expire on January 1st, 2021. To avoid delays in getting their cannabis medication, they need to get onto the electronic verification system [EVS], which streamlines the whole process.

Whereas a letter restricts a patient to one pharmacy, getting a card gives patients access to the many other pharmacies like Deseret in Provo, Curaleaf in Lehi, Dragonfly in Salt Lake, Wholesome in Bountiful, Perfect Earth in Ogden and Logan, and Bijan’s own dispensary Beehive Farmacy in Salt Lake. This also gives patients access to a much greater range of products and services.

How to reach out to Bijan, Beehive Farmacy or the Utah Marijuana team

Tim can be reached here at utahmarijuana.org if anybody needs help converting from a letter to a card or needs help registering on the system. Chris can also be found on the official website for his I Am Salt Lake Podcast. 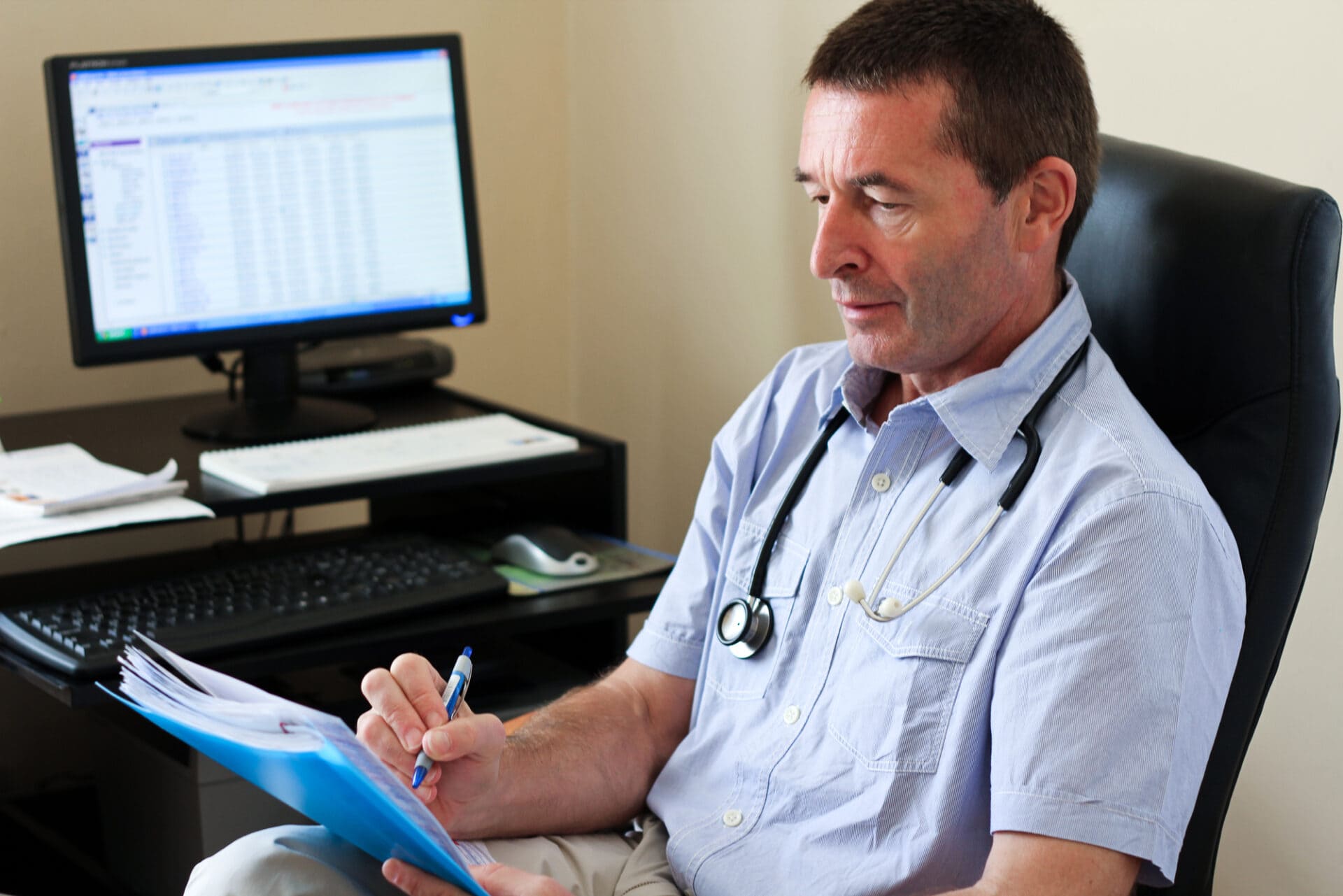 Should Any Medical Provider Be Able to Prescribe Medical Cannabis?

Should any doctor be able to write your prescription? Utah Marijuana discusses what you need to know about Qualified Medical Providers.

Episode 61 welcomes the wife of co-host Chris Holifield, Krissie, to share her story and how she makes her own edibles and tinctures at home.