I’ve been in the Utah cannabis space since the beginning of the program, in March 2020. In the early days of utahmarijuana.org, when we were finding our footing, I was primarily answering phones and scheduling appointments. (We had three employees and really no marketing department to speak of.) One phone call that stuck with me was a woman going through a very painful ovarian cyst. She asked, “Do I qualify?” I told her that she absolutely qualified — as pain lasting more than two weeks is a qualifying condition in Utah — and helped schedule her an appointment. She seemed insanely relieved to have another alternative to look forward to. Before she hung up, she said, “You know, being a woman at all should qualify you for Medical Cannabis, am I right?” I’ve thought about that about once a week since that day. Have you ever heard a truer statement? While cannabis is not gender specific, there’s no denying its assistance and benefit when it comes to women’s health. 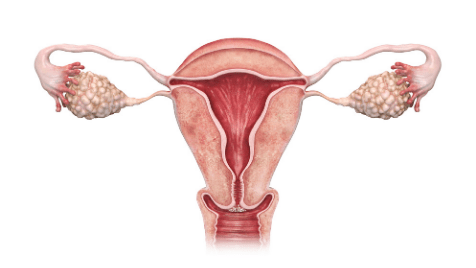 March is a big month for women. In addition to International Women’s Day (March 8th), we also acknowledge March 4th as HPV awareness day. Briefly, HPV, or the Human Papillomavirus, is the world’s most prevalent sexually transmitted disease — 80% of people will contract it at some point in their lives. It’s easy to spread because many go without symptoms and have no idea they have it. If untreated, a person carrying HPV runs a high risk of cervical cancer. In fact, HPV is responsible for 1 in 20 cancer cases all around the world. (Don’t worry, though. There’s a vaccine you can get to avoid it.)

People have been self-medicating with cannabis for years and years. However, we have only just begun to scratch the surface with cannabis-related research as we make the shift into the medical world. In late 2016, it was announced that according to a study ran in Africa, cannabis may be effective in treating cervical cancer. They found that cannabis served as a preventative agent by reducing inflammation. This in turn is useful in reducing the likelihood of cancer. Similar to results found when testing RSO, or Rick Simpson oil, cannabis was found to inhibit tumor growth in vitro (a test tube or petri dish) and in vivo (a living organism). It should also be noted that inhalation of cannabis smoke does increase the risk of lung and colorectal cancer, due to the carcinogenic properties of combustion.

A far more common condition that women face monthly is the visit of Aunt Flo. While not all women menstruate monthly, it’s safe to assume that almost every person with a uterus has experienced unpleasant effects that accompany that time of the month. For a long time, much longer than we have research to support, women have been consuming cannabis to combat this unpleasantness. Fast forward to the 21st 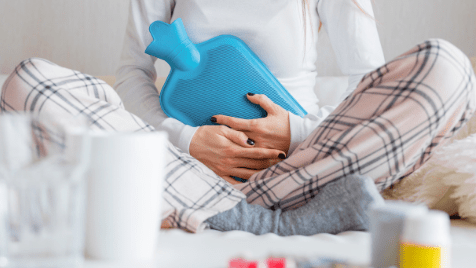 century and we can actually back that up with scientific evidence. Let me explain.

Whether you are a cannabis user or not, you have an endocannabinoid system. We all do. Simply put, your endocannabinoid system is a team of neurotransmitters and receptors that regulate everything from fertility to your ability to feel pain. The endocannabinoid system supports homeostasis in the body. Since this system is present in every human body (and some other mammals, too!), when cannabinoids like THC or CBD are introduced into your system, they naturally regulate your body’s responses to pain, mood, etc. Cannabis can also help relieve more severe pain related to endometriosis, etc. So, next time your red-headed cousin steps on the scene, see how she likes a cannabinoid cocktail. (In my own experience, a little bit of cannabis feels like it melts my cramps away completely. That’s the only way I can think to describe it, and I definitely recommend seeing for yourself. For longer-lasting relief, I like to take a gummy or two, depending on pain level. I always keep a vape cartridge near for sudden onset pain, too. At least for me, I never know how severe to expect my PMS symptoms to be, and I like to stay prepared.)

As of 2021, out of more than 39 million Americans who suffer from migraines, 28 million of them are women. In addition, a woman will experience a migraine differently than a man. Women often suffer for longer periods of time and suffer much more frequently. This is likely due to changes in estrogen levels and hormones caused by menstruation, some contraception methods, pregnancy, and menopause, though not all migraines are hormonal.

Cannabis & Me, A Personal Example

To give you a real-life example of cannabis use to relieve migraine pain, I’ll talk about myself again. I’ve suffered from migraines since I was 12-years old. Of course, I wasn’t self-medicating with cannabis back 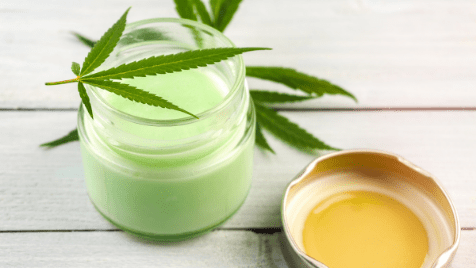 then. By the time I hit high school, I was taking ibuprofen almost daily, or just suffering through it. (I’m also very anxious, and was afraid to overdo it and negatively affect my organs so early in life.) Around 16 or 17, as most people do, I began to experiment with cannabis for the first time. It was definitely for recreational purposes at that time, but I took a liking to it, and eventually found myself noticing the medicinal benefits during each session. Tension and stress often bring on my migraines, but I found that if I used cannabis when I started to feel anxious or stressed, those migraines would come far less often. However, if I medicated a bit too late and the pain had already arrived, sometimes vaping or smoking cannabis would make my headaches and migraines so much worse.

Let’s jump ahead almost ten years and countless cannabis-related arguments with my mother, and I’m still a daily user. Now, though, I get to talk about it for a living and am using it completely legally. (Hallelujah! Thanks, Utah!) With a bit of guidance from my QMP, Tim Pickett, I learned new ways to treat my migraines. Tim introduced me to topicals, and my life changed forever. I’m not kidding. If I feel a migraine coming on, all I do now is rub a bit of my Cypress Sage Calm Balm from Zion Medicinal on the back of my neck, and within 20 minutes, my migraine has completely dissipated. 400/10; I cannot recommend topicals enough.

Cannabis & You, A Strong Woman

In conclusion, if you are a woman, you don’t have to suffer in silence any longer or poison your body with harsh prescription medications. There’s a natural alternative out there for you that I think you’ll find works as well, and in some cases, better than traditional Western medicine. You deserve a boost, a friend, a pick-me-up, a little something to get you through the day. Who run the world? Girls. And they’ve come prepared with THC.

This week, we welcome Dashiel Kulander, CEO of Boojum, to discuss the difficulties of transforming raw cannabis ingredients into standardized Medical Marijuana products. 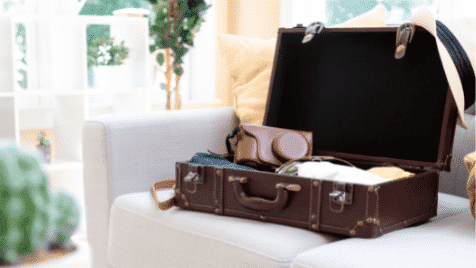 Traveling as patient with a Medical Cannabis Card can be tricky. Familiarize yourself with the laws across the country to stay safe.